Don’t be a prize idiot, be a PrizeSaver instead..

In a further attempt to incentivise us all to save our pennies rather than blow them all on going out and actually enjoying ourselves, our government has created yet another new saving vehicle called a PrizeSaver account.

You may wonder, given the resources it has allocated on trying to sort Brexit, how it found the time..!

Anyway…here’s what the launch Treasury press release has to say about it:-

Savers could now win up to £5,000 a month with the launch of a new account with credit unions today (Thursday 17 October).

To mark International Credit Union Day, the Treasury has teamed up with 15 credit unions across Britain to launch the new PrizeSaver pilot account. The pilot will give people who open an account with participating credit unions the chance to win prizes every month and boost their savings.

Every month will see a top prize of £5,000 awarded to the winning saver, with a further 20 smaller prizes of £20 also awarded.

Accounts are available now with the first wave of credit unions and the first prize draws will take place in mid-December.

The pilot, announced at last year’s Budget, is designed to help improve people’s financial resilience by encouraging greater saving for the future, as well as raise awareness of credit unions and the services they offer.

Credit unions are a type of member-owned cooperative, controlled and run by members. Most either serve specific local areas or certain professions like the police. Credit unions redistribute their profits to members through interest or dividends, or by investing in new services to meet the needs of their members.

Sadly, the accounts aren’t available to everyone. These are the 15 participating credit unions, each of which have their own entry criteria:-

The PrizeSaver account idea was partly inspired by the ‘Save to Win’ scheme in the US, which has helped credit union members save $200 million and has awarded $3.1 million in prizes nationwide.

The pilot will run until the end of March 2021 and will help inform understanding of the PrizeSaver model. The Treasury will work with participating credit unions to evaluate the success of the PrizeSaver accounts throughout the pilot, with an ambition to roll the account out more widely if successful.

Need help managing your finances? Talk to us at THP at one of our offices in Chelmsford, Cheam, Wanstead, Saffron Walden and London City or give us a call. 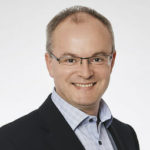 Mark Boulter is responsible for the efficient running of the firm’s infrastructure, and ensuring that THP delivers the best client service. Promoting the vision and culture across all branches, people are the key: “I like people who have a fresh approach and I’m happy for them to run with their ideas,” he says.

Communication across departments is crucial and Mark pioneers this. He ensure that people and departments not only talk to each other, but that they share ideas– whether they’re about marketing, finance, sales, strategy or any other topic that can result in us offering a better service. “I think helping to develop the next generation of THP people is essential to our success,” Mark adds. “We’ve a lot of talented people and our way of doing things increasingly attracts ambitious newcomers who are looking for a fresh approach. That’s good for us and even better news for our clients.”