By Jon Pryse-Jones on 5th May 2022
Home Blog Landlords Landlords: how to avoid a Rent Repayment Order

According to an article in The Negotiator today, a London-based letting agent has just been slapped with a £16,320 Rent Repayment Order (RRO). There were two reasons for this. First, he let out a flat that was not licensed under a Brent Council scheme. Second, when he applied for a licence, he was rejected because the flat conversion did not have planning approval.

Both landlords and lettings agents (in some circumstances) can be fined via Rent Repayment Orders. Also, according to the Negotiator, the largest fine handed out to a landlord was £100,000. The biggest imposed on a lettings agent was £167,000. Landlord Zone reports that London Mayor Sadiq Khan is pushing for RROs to be increased to a maximum of two years’ rent.

What is a Rent Repayment Order?

You may be wondering what a Rent Repayment Order is. If so, let’s take a quick look at the history of RROs.

Rent Repayment Orders were first created by the Housing Act 2004. This gave tenants in Houses of Multiple Occupation (HMOs) new rights. If a landlord operated an unlicensed HMO, a tenant could reclaim rent paid during their tenancy via an RRO.

Fast forward to the Housing and Planning Act 2016. After this legislation was passed, the number of offenses that qualified for Rent Repayment Orders increased.

What offences are covered by RROs?

Tenants can make an RRO claim if they are affected by the following circumstances.

The last offence is one that increasing numbers of landlords are falling foul of. In recent years, growing numbers of local councils have introduced selective licensing schemes. These often cover certain wards or areas of the local authority. Up to 20% of a local authority area can be covered by one of these schemes without the council having to make a special application.

Schemes differ, but they are designed to check applicants are ‘fit and proper’ people to be landlords. They will also lay down specific management and safety measures. The schemes last for five years and landlords must pay to join them. You can find out more about the schemes in our blog on landlord licensing.

How are Rent Repayment Orders awarded?

Claims for an RRO are made to the First Tier Property Tribunal. They can be made by the tenants themselves. They can also be made by local authorities if they are making the rental payments on behalf of the tenant.

However, some tenants use third parties to make RRO claims. This can significantly increase their chances of success. For example, the non-profit Justice For Tenants claims that more than 98% of its Rent Repayment Order cases are successful. In contrast, it states that only 21% of unrepresented tenants succeed.

How do I avoid a Rent Repayment Order?

If you are a landlord, avoiding an RRO is mostly common sense. If you keep your properties well maintained and stick to the rules regarding entry and eviction, then you’re unlikely to have a problem. However, it’s wise to find out whether any rental property you own is part of a selective licensing scheme – or is about to become part of one. As we saw at the beginning of this article, failing to have the correct licence can quickly become much more expensive than having one!

Related: Making Buy-to-Let More Profitable – a guide from the Accountants for Landlords 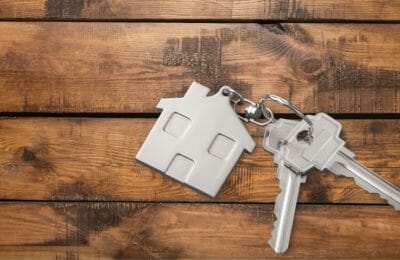 Should I increase rent on my buy-to-let properties?