By Ben Locker on 3rd May 2022
Home Blog Landlords Is build-to-rent pushing smaller landlords out of the BTL market?

Back in January 2022, we wrote about landlord limited company formations reaching a record high. In the first quarter of 2022, landlords set up 47,400 buy-to-let companies. This was an increase of 14% on the previous year. The reason for it is simple: it’s more tax efficient to buy a rental property via a limited company. However, according to This is Money, there’s another part of the buy-to-let sector that’s booming: build-to-rent.

Build-to-rent is largely fuelled by corporate investors such as pension funds. They team up with house builders and developers to invest in new properties. These are often at the luxury end of the market. Analysis by the British Property Federation shows that the number of build-to-rent homes has risen by a fifth over the past year. 72,668 build-to-rent properties have been completed while another 46,304 are under construction.

Currently there is a shortage of rental properties, which has led to higher rents. Instinct would tell us that the growth in build-to-rent properties would help bring those rents down. However, because the vast majority of these homes cater for the luxury market, their impact on rents has been minimal. That said, there are signs that build-to-rent is expanding into more affordable homes. These include single-family dwellings. If these schemes proliferate,  build-to-rent will begin to compete with more private landlords.

If you are a private landlord, it’s worth keeping an eye on how build-to-rent evolves. According to Hamptons, these schemes currently make up between 1 and 2 percent of UK rental homes. Savills predicts that they could eventually account for a third of the market.

As you know, many private landlords are opting to set up limited companies. That said, these landlords tend to be those with a larger number of properties. Many smaller landlords are being pushed out of the market. Since 2016, their margins have been eaten away by changes to the tax system. The biggest hit was the withdrawal of mortgage interest relief. At the same time, they’ve had to deal with a lot of regulatory changes.

Many of these landlords are in a Catch-22 situation. If they continue to hold their properties as individuals, they have to accept much lower profits than were achievable a few years ago. Yet, if they transfer their properties to a limited company, they get hit by Capital Gains Tax and Stamp Duty Land Tax. This is because they have to sell the homes to their new company. They are also likely to have to take out a commercial mortgage. These usually have higher interest rates than personal mortgages.

Can private landlords benefit from build-to-rent?

It’s difficult for private landlords to benefit from build-to-rent. This is largely because the sector is driven by investment from very large companies and organisations. Smaller landlords simply don’t have the resources to compete. (They could, of course, invest in the build-to-rent companies).

However, it is worth noting that if build-to-rent does eventually take over a third of the rental market, it will provide private landlords with added competition and may push some out of the sector. Rents may also drop as more properties become available.

That, though, is very much in the future. If you are currently a landlord and you would like advice on making your portfolio as tax efficient as possible, talk to one of THP’s specialist buy-to-let accountants today. 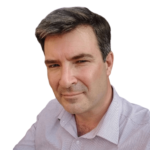