Unclaimed legacies – could you be owed a windfall?

By Ian Henman on 21st May 2021
Home Blog Home Ownership Unclaimed legacies – could you be owed a windfall?

There is nothing more intriguing that the notion we may be due untold riches from undisclosed sources. Do you have any premium bonds and did you notify the registrar the last time you moved to a new house for example? And did you know that the estates of deceased persons whose beneficiaries or family cannot be traced (unclaimed legacies) are held by the government for 30 years?

Not a task for the faint hearted.

The department that manages the list is known as the Bona Vacantia division. In a recent update posted on the Gov.uk website they said:

The list is published in a Comma Separated Values (CSV) file format. This acts like a spreadsheet and although it can be opened in any text editor it is best viewed in a spreadsheet application, such as Microsoft Excel, Google Docs or OpenOffice Calc.

If you are looking for a particular estate you can search by using Ctrl-F in your browser, text editor or spreadsheet application.

Any estates where the Bona Vacantia division (BVD) no longer has an interest, such as when a claim has been admitted, will be removed daily. Estates where the 30 year time limit from the date of death has expired are also removed.

If someone dies without leaving a valid or effective Will (intestate) the following are entitled to the estate in the order shown below:

If you are, for example, a first cousin of the deceased, you would only be entitled to share in the estate if there are no relatives above you in the order of entitlement, for example, a niece or nephew.

If your relationship to the deceased is traced through someone who survived the deceased but has since died, you will need to confirm who is entitled to deal with that person’s estate.

For example, children are only entitled to share in an estate if their parent died before the deceased, in which case they then take over their parent’s share of the deceased’s estate. If their parent survived the deceased but has subsequently died, then whoever is dealing with their estate should claim.

The unclaimed estates list can be downloaded at https://www.gov.uk/government/statistical-data-sets/unclaimed-estates-list

Talk to our team today at THP for more information on unclaimed legacies, with offices in Chelmsford, Cheam, Wanstead and Saffron Walden. 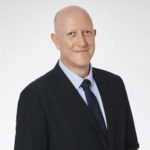 Up to 300% council tax increase on second homes How can I challenge a council tax band? Is it worth it? New landlord? Make sure your mortgage doesn’t land you in trouble Buy-to-let allowable expenses – what can you claim?