What tax rises are coming? This is what we know so far

By Jon Pryse-Jones on 18th October 2021
Home Blog Tax What tax rises are coming? This is what we know so far

If there’s one thing we’ve learned over the last 18 months or so, it’s that pandemics are expensive. During the tax year 2020/21, the government borrowed £303 billion, or 14.5% of GDP. That’s a peacetime record. The Conservative Party has already broken its 2019 manifesto commitment to “not raise the rate of income tax, VAT or National Insurance”. National Insurance is going up 1.25% for both employers and employees from April 2022. Given this backdrop, it’s perfectly reasonable to look ahead and ask, “What tax rises are coming?”

Before we delve deeper, it’s worth remembering that Chancellor Rishi Sunak will be unveiling his Autumn Budget on 27th October. This is likely to be the time when the government announces any new tax rises. We’ll report on any major announcements on that day.

That said, there are already some indications about what tax rises are coming. Three topics have caught our attention. These are a potential tax on online sales, a possible pay-per-mile road tax, plus a residential property developer tax.

According to the Daily Telegraph, the Chancellor is ‘stepping up plans for an online sales tax’. The so-called ‘Amazon Tax’ would in theory level the playing field between big, online companies and high street retailers.

The idea of an online sales tax has been broached before, notably in a review of business rates. The Daily Telegraph says that a government source has suggested any major announcement is likely to happen in the Spring.

Former Chancellor Philip Hammond suggested an online sales tax a few years ago. A 2% rate could raise about £2 billion annually for the Treasury’s coffers.

The Treasury’s review into business rates should be completed this autumn, so it’s possible we may learn more then.

Although the government is keen for people to make the switch to more eco-friendly electric cars, it faces a problem. According to the Office for Budget Responsibility, fuel duty generates about £30 billion per year, or nearly 1.3% of national income. The more electric vehicles there are on the roads, the smaller the government’s income from tax on petrol and diesel.

According to the Metro newspaper, government ministers have held preliminary talks about introducing a national road charging scheme. When asked whether such a nationwide scheme was a possibility, a Treasury spokesperson said: “As we move forward with the transition to electric vehicles, we need to ensure revenue from motoring taxes keeps pace, to fund the first-class public services and infrastructure that people across the UK expect.”

In addition, the Guardian reports that the Transport Select Committee will hold a hearing into road pricing next week, ahead of the Autumn Budget.

Pay-per-mile pricing is unlikely to happen in the very short term. However, government needs to tackle falling fuel duty receipts. Road charging looks like the most likely solution. However, it will likely be billed as a ‘tax replacement’ rather than a ‘tax rise’!

The government recently ran a consultation on draft legislation for a Residential Property Developer Tax. It ended on 15th October. The new tax’s final design will be announced at the Autumn Budget on 27th October.

Essentially, this will almost certainly be a tax on the profits of the largest residential property developers. The aim is to fund the government’s plan to remove unsafe cladding from leased residential buildings, with the aim of avoiding another disaster such as the Grenfell Tower fire. This time-limited tax will be applied to profits over £25 million. It could raise £2 billion over the next decade.

We’ll report on this tax in more detail after the Budget.

Summary: what tax rises are coming?

Although the government has broken its manifesto commitment to not raise National Insurance, we’d be very surprised if the Treasury also increased direct taxes like Income Tax. The political risk of doing that would be high. However, government needs to pay for huge amounts of public borrowing at a time when some tax receipts are threatened. Our best guess is that we’ll see more indirect tax rises – maybe even bold ones like a windfall tax on companies making big profits from rising tax prices. We’ll keep you posted! Is my mobile phone tax deductible? 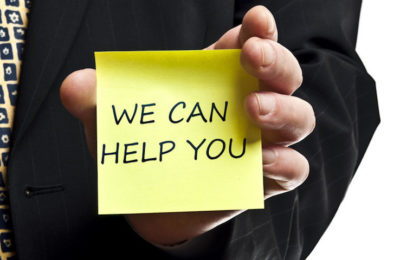 Help for businesses: THP has got you covered